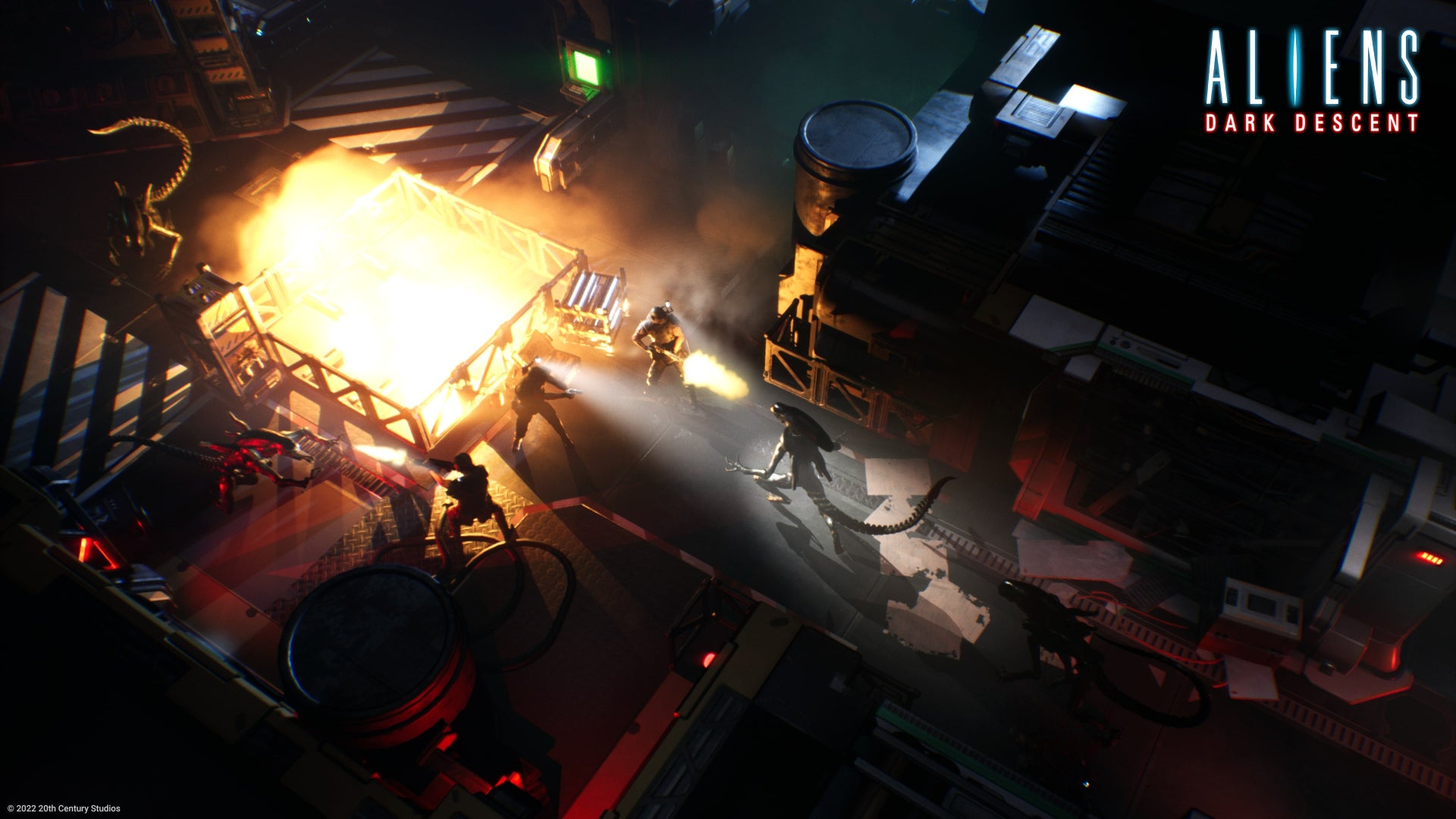 The upcoming, tactical squad-based action game Aliens: Dark Descent got its first bit of gameplay shown off during the Disney & Marvel Games Showcase at D23.


First revealed back in June, Aliens: Dark Descent is a new single-player action game set to launch in 2023 from Tindalos Interactive and Focus Entertainment, but no gameplay was shown at the time. Now, although only briefly, we’ve had our first look at the squad-based shooter in action.


The trailer shows the top-down game in action, where you “take your squad of marines on missions as you infiltrate and investigate the Xenomorph outbreak. Develop your tactics, assemble your colonial marines, and take on the Xenomorph hordes.”


It looks like you’ll have a range of weapons and tools at your disposal as you take a birds-eye view of the situation, having to look after both your squad, as well as keeping an eye on any Xenomorph’s that might be out to get you.


Last month, VG247 had the opportunity to experience a hands-off 30-minute demo, and found it to be more than just an XCOM clone, and pretty true to the movies.


“Hands-off demos are obviously not as useful as getting to play it, but at first blush from a half hour of gameplay,” wrote our assistant editor Alex Donaldson. “Aliens: Dark Descent looks great. It’s also a different sort of Alien-based experience – less the creeping horror of the first movie and more the intense action of the second. Xenomorphs are tough, but you’re still taking them down in relatively large numbers – in fact, you’re arguably most worried about being overrun.”


Missions also sound like they’ll have quite the range of run times, with some only being as long as 20 minutes, others lasting a whole hour, with a variety of difficulties to match, the longer ones typically being the harder of the bunch.