Has the best got better?

LG revealed its 2023 OLED TV line up during Consumer Electronics Show (CES) at the beginning of January in Las Vegas.

The portfolio includes the wireless LG M3, the flagship LG G3, and the TV that is likely to be the company’s sweet spot – the LG C3.

You can read all about the LG M3 wireless and how the Zero Connect technology works in our separate review, but here we are focusing on the LG C3 and what that will offer when it arrives later this year.

POCKET-LINT VIDEO OF THE DAY

The LG C3 might not have the same panel improvements as the flagship LG G3, or the wireless capabilities of the LG M3, but there are some great features on board and if the best gets better, then we can’t really argue with that.

Succeeding the LG C2, which won Pocket-lint’s TV of the Year Award for 2022, the LG C3 features a slim and slender design. It’s not too dissimilar from its predecessor, with a composite back and lovely thin bezels surrounding the 4K OLED panel.

The stand that comes as standard with the LG C3 is almost identical to the one that came with the LG C2, though there is an additional option with the C3. LG is offering a unique bracket designed for the SC9S Dolby Atmos soundbar. 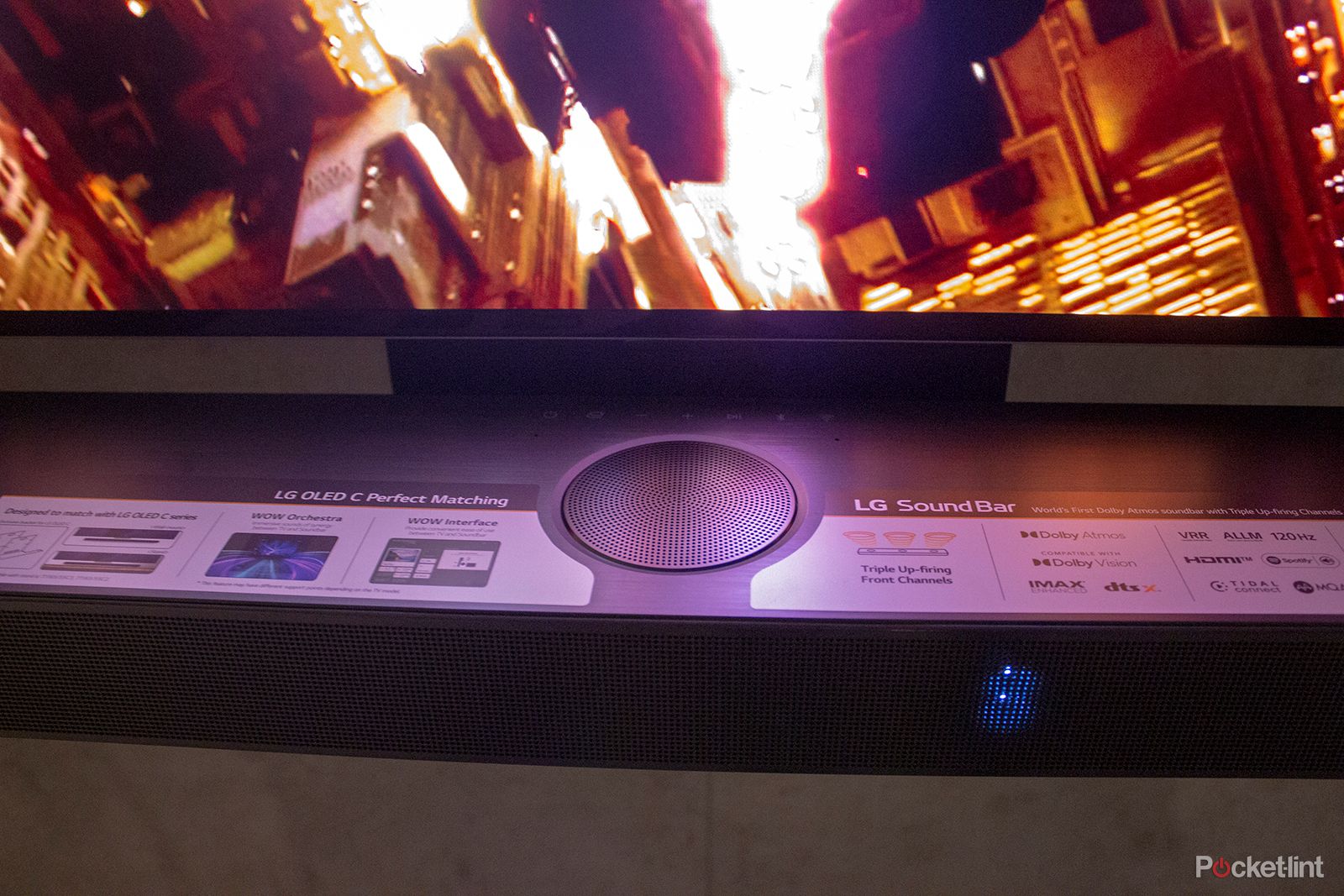 The bracket is mounted to the TV rather than the wall, and it turns with the TV, whilst also matching the TV design, making it a perfect fit for the 55-inch and 65-inch models based on the soundbar’s compact size.

On the back of the LG C3, you’ll find four HDMI 2.1 ports, supporting up to 4K at 120Hz, along with VRR and Auto Low Latency Mode (ALLM). It is also expected that Dolby Vision gaming is supported once again, as it was on the LG C2, as well as HGiG mode, that allows for more accurate HDR tone mapping.

That’s not to say there aren’t improvements too. The LG C3 benefits from the same processor as the flagship model with the Alpha 9 AI Processor Gen 6 under its hood, and there are a range of picture-enhancing features on board.

A feature called AI Super Upscaling Pro is designed to enhance sub-4K content and reduce noise levels, while OLED Dynamic Tone Mapping Pro enables the C3 to break up an image into 20,000 zones compared to the 5,000 zones that the C2’s processor was capable of.

During out demo, LG said it hadn’t measured the C3 compared to the C2 in terms of brightness, though it believed it appeared brighter. The content shown within the demo didn’t offer a great basis for judging the C3’s display properly, but the pictures displayed were certainly lovely and bright, with punchy colours and deep blacks so first impressions are definitely positive.

While the LG G3 gets a panel upgrade compared to the LG G2, the LG C3 doesn’t. The LG G3 moves to a Micro Lens Array panel, like the Panasonic MZ2000, but the LG C3 retains the same panel as the LG C2, which isn’t a bad thing given how great that TV is.

The processor enhancements aren’t the only improvements coming to the LG C3 though. There are some great upgrades coming to the already-excellent webOS, not only in terms of design but features too.

For starters, there are fewer pages for the webOS Home Screen so less scrolling and quicker access to get to where you want to. LG has introduced what it is calling Quick Cards, designed to group together apps and features, offering a more simplified user experience overall.

There is also a customisable quick mode that appears on the left of the screen for accessing various settings. The pop-up includes pictures modes and sound modes, along with viewing options, all of which you can change quickly and hear or see the difference each makes in real time without leaving the pop-up.

There’s an extra feature for picture viewing too, called Personalised Picture Wizard. The idea of this feature is to help you get your desired picture settings without you having to fiddle around in the main settings too much.

While it’s difficult to judge the LG C3 based on our brief amount of time with it, it’s a TV we have high expectations for given the success of its predecessor.

It might not have the same panel improvements as the flagship LG G3, or the wireless capabilities of the LG M3, but there are some great features on board and if one of the best TVs of 2022 gets better, then we can’t really argue with that.

Robinhood plans to launch Sherwood Media, an independent brand led by Joshua Topolsky, which will be the home of its popular Snacks newsletter (Sara Fischer/Axios)