Intel reveals hardware specs for upcoming A750 and A770 GPU

Intel has announced additional details about its upcoming Arc-series discrete graphics cards for desktop computers. These include the A750 and A770 models, which the company has been teasing for several months. 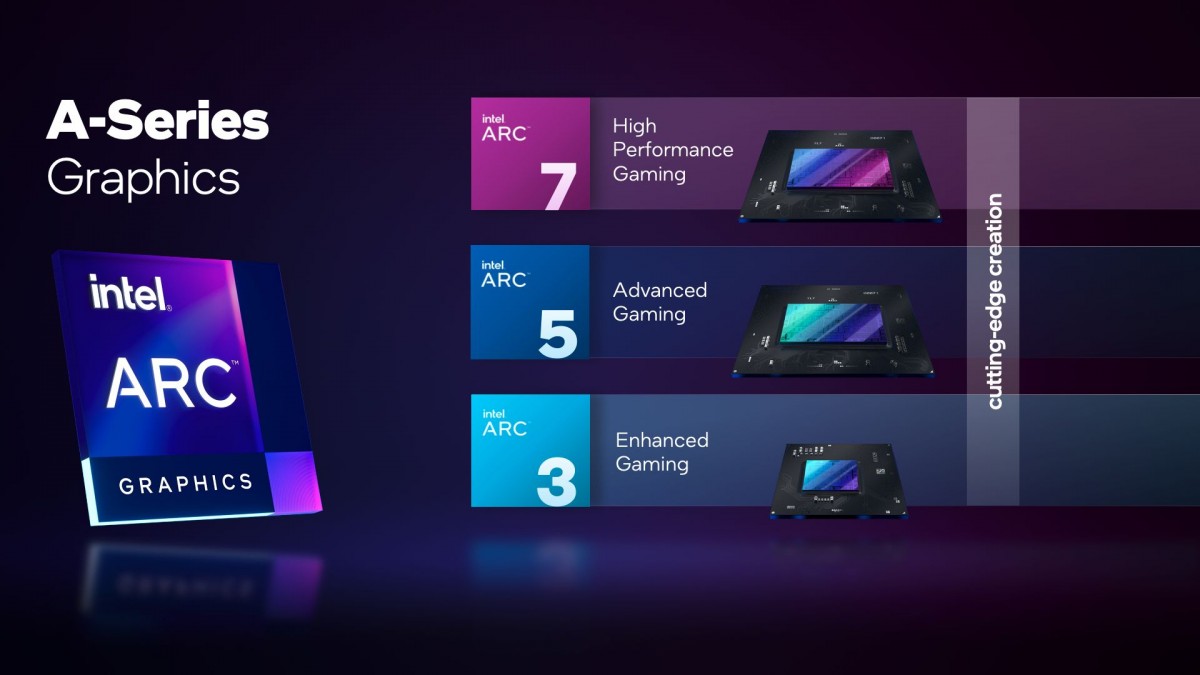 The A750 and A770 are part of the Arc 7 series of graphics cards, which is currently the flagship series that sits above Arc 5 and Arc 3. The previously launched entry-level A380 is part of the latter.

The A750 and A770 have 28 and 32 Xe-cores, respectively. As a reminder, an Xe-core can be seen as Intel’s equivalent of AMD’s compute unit, and consists of 16 256-bit XVE vector engines for rasterization tasks, 16 1024-bit XMX matrix engines for machine learning tasks, and 192MB of shared L1/SLM cache. 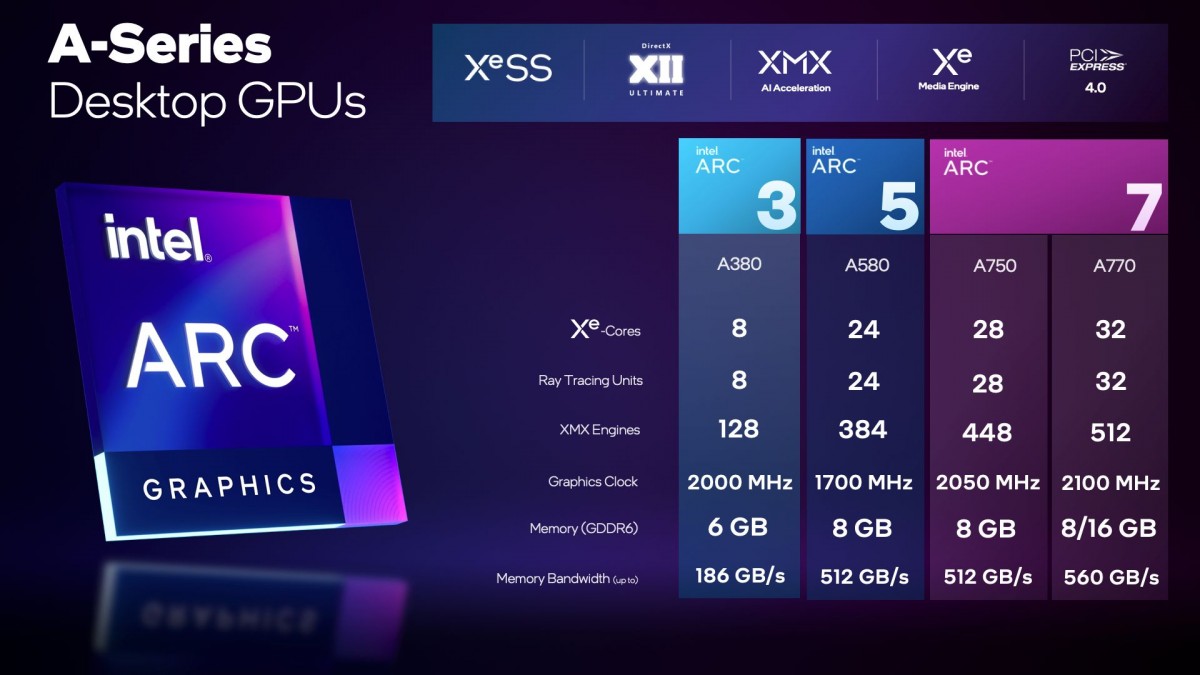 Like AMD, Intel also matches the Xe-core count with ray tracing units, with one ray tracing unit per Xe-core. The A750 has a graphics clock of 2050MHz and the A770 has 2100MHz. ‘Graphics clock’, as Intel has explained previously, is the average of typical clock speeds you can expect during gaming and not max clocks.

The A750 and A770 both have 8GB GDDR6 memory as standard but the A770 can optionally be configured with 16GB by the board partner. Intel’s own card will have 16GB memory. 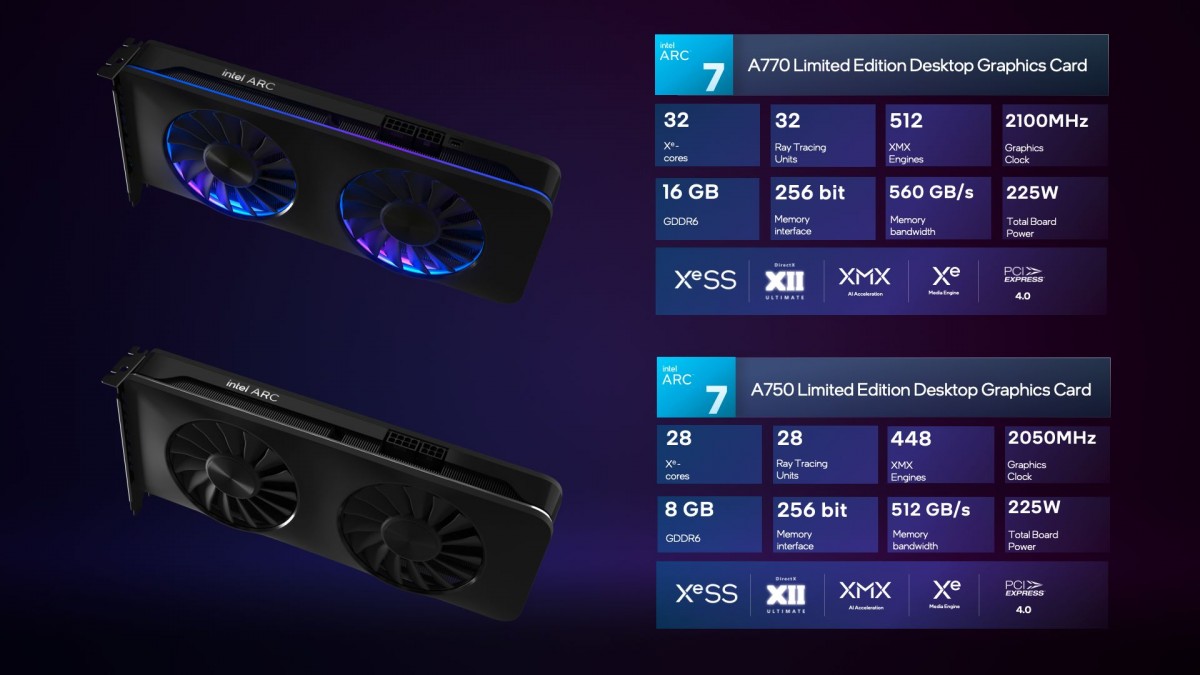 Speaking of which, Intel plans to have its own custom cards on the market that are designed by Intel and manufactured by a third-party. These will be sold as Limited Edition models and will be available globally alongside cards from board partners.

Intel still hasn’t announced any pricing or availability for these cards but it seems launch is imminent as the company is ramping up its marketing. We wouldn’t be surprised to see a late September/early October launch for these cards.

Hendrick’s Wants You to Know It Saved Near-Extinct Cucumbers

What are you playing this weekend?

What are you playing this weekend?