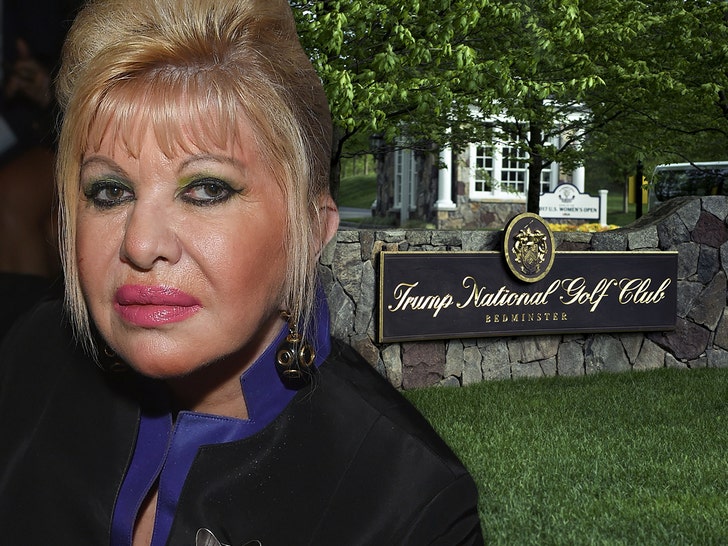 Ivana Trump was laid to rest at her ex-husband’s golf course this month — and now, photos of her gravesite have emerged … which are getting a major side-eye from the Internet.

Here’s the deal … Donald and his children had their late mother buried at the Trump National Golf Club in Bedminster, NJ about a week and change ago — which might sound like a strange place to entomb a loved one … but, hey, to each their own. It’s a family decision.

The problem now is that pictures of her actual gravesite have surfaced for the world to see — this after being snapped and published by the New York Post — and people are shaking their collective heads at the images … which many are calling sad, bare and disrespectful.

Indeed, her burial plot does appear a bit … bland. And not just that, but it’s completely isolated — without much adornment or much of anything else to honor her, save for a small bouquet of white flowers and a marble plaque that seems slapped down at her feet.

As some pointed out, her gravestone inscription has barely any writing on it at all — just her name and her DOB and DOD … that’s about it. No other words of remembrance for Ivana.

While it might seem like a bizarre sight — and just a weird and inappropriate place to bury DT’s ex-wife — this is actually something The Donald has reportedly been gunning for for a while … namely, getting authorization for a decent amount of burial plots on his property.

Until then, though, it looks like Ivana’s out to pasture, perhaps literally, all by her lonesome.

Over Easy Returns To Mixmash Records With Electrifying Single “CEO”

JayDaYoungan’s Grandfather Speaks Out On His Killing

JayDaYoungan's Grandfather Speaks Out On His Killing