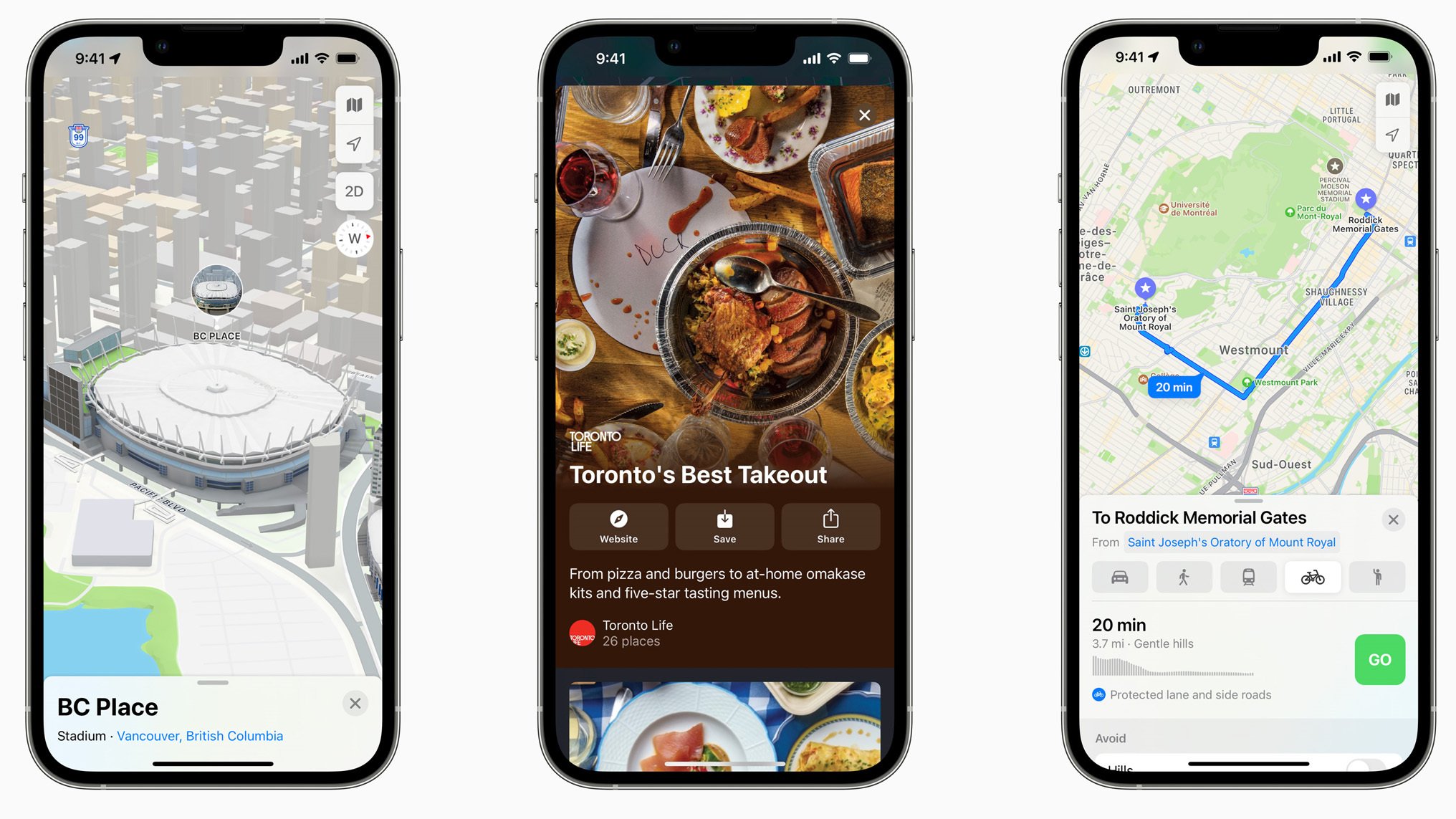 Apple is giving Canada a facelift with updated details and features in Apple Maps.

The latest update to the service is bringing new capabilities for Canadians and travelers in Canada with updated 3D views, Apple has announced. So far, this is limited to Canada’s three most populous cities: Montreal, Toronto, and Vancouver. Each city now enjoys a considerably more detailed view than it had before through Maps, and this can help with navigation. Apple also included a nighttime mode that recolors the 3D visuals.

In addition to the 3D view, Apple is adding details for road markings that should help users understand upcoming intersections and lane rules as they drive.  The maps will also show land cover, elevation, and trees to help users gain an understanding of the area from a bird’s-eye view.

The new details added for these Canadian cities will be backed by the various extra features of Apple Maps, like public transit tracking and Curated Guides to suggest trendy spots to visit. Cyclists will also be able to enjoy directions that focus on more bike-friendly routes.

Curiously, Apple’s announcement mentions its augmented reality view at street level for walking navigation, but doesn’t list availability in any Canadian cities. It continues to offer the similar Look Around feature, though.

Apple Maps may have fumbled at its introduction as a competitor to Google Maps a decade ago, but it’s been clawing back its dignity and proven a capable alternative to other popular map and navigation tools more recently.

Have a Great Weekend. | Cup of Jo

Have a Nice Weekend. | Cup of Jo