Electric School Bus Fleet Will Quadruple with $1 Billion in Funding 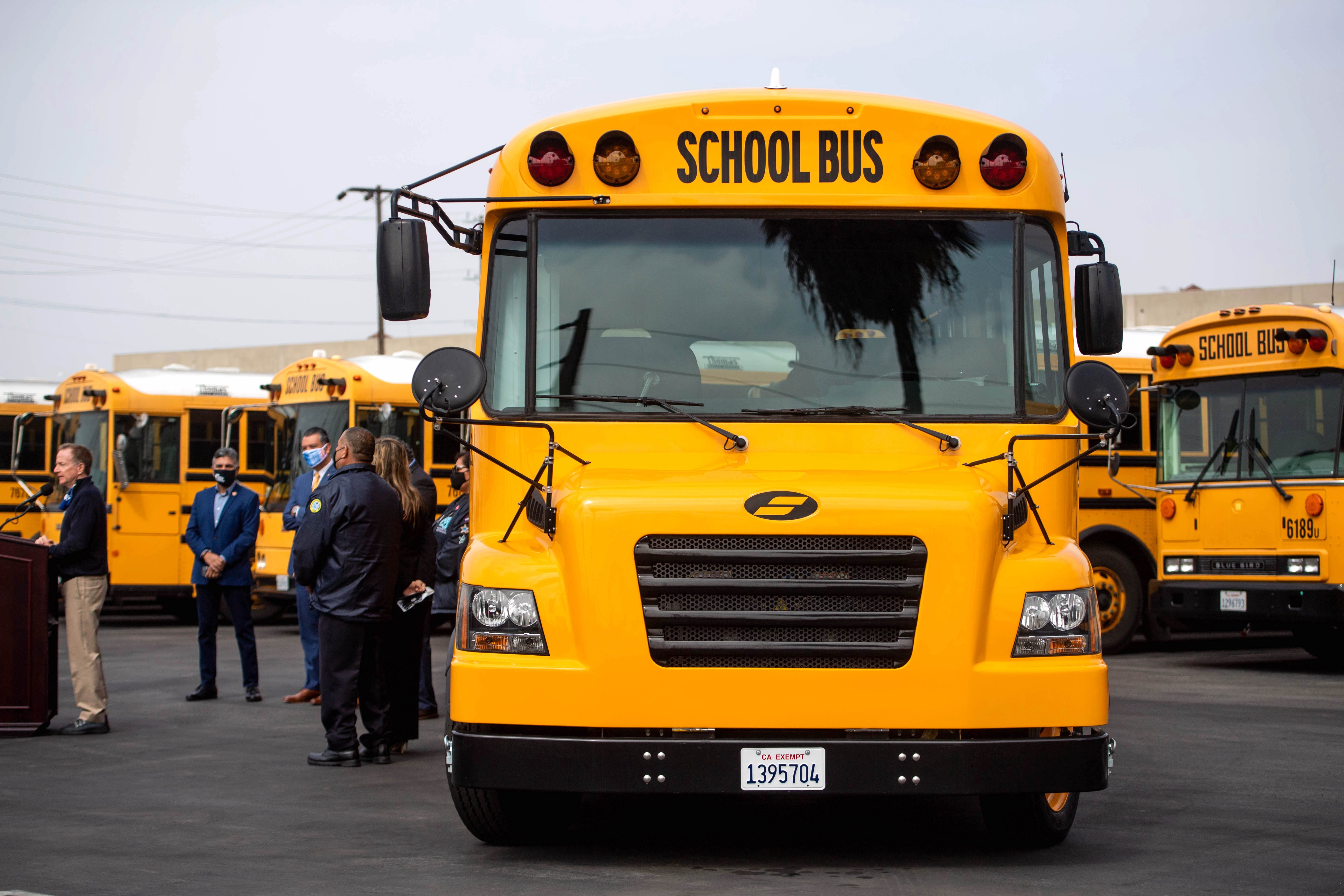 The Biden administration announced Wednesday that it would send nearly $1 billion to school districts to buy more than 2,300 electric school buses.

The chunk of funds—from last year’s bipartisan infrastructure law—is an historic investment in the country’s young fleet of school buses that run on batteries. It will more than quadruple the current fleet of about 740.

“This is a total game changer,” said Sue Gander, the director of an electric school-bus initiative at the World Resources Institute. “It’s certainly not everything that we need to really move the entire fleet forward, but such a huge step here.”

The Biden administration said that school districts in every state, as well as Puerto Rico, American Samoa and Washington, D.C., would get rebates that allow them to buy zero- or low-emission buses. In total, the funds will pay for close to 2,300 electric buses and about 100 buses that run on “low-carbon” fuels. Together, they are still a just a tiny portion of the almost half-a-million school buses that ply America’s roads.

Electric school buses are not only heralded as a way to reduce carbon emissions from transportation; they are also seen as a potentially powerful aid to the electric grid and a means to stop enveloping children in harmful diesel exhaust (Greenwire, April 13).

Vice President Kamala Harris and EPA Administrator Michael Regan will make an appearance in Seattle on Wednesday to tout the investment and mention some of the dozens of school districts that will get federal funds.

“We are forever transforming school bus fleets,” said Regan in a call with reporters to announce the rebates.

However, the aid won’t necessarily cover all expenses. The districts receiving funding to buy electric buses will also get $20,000 to build charging stations, which might not go far enough to provide all the plugs and wires a bus depot needs.

A barrage of e-buses

The funding comes from $5 billion that EPA received in the infrastructure bill. Congress intended half the money to go to electric buses and half to go to low-emission, combustion-engine buses that run on fuels such as propane or natural gas.

However, after an overwhelming number of requests from school districts for the electric option, more than 95 percent of this first wave of funding will go to electric buses, with relatively few dollars set aside for vehicles that run on liquid fuels.

The awards will go to dozens of school districts. The largest awards, some of which came close to $10 million each, will buy 25 school buses in a wide variety of regions.

EPA said 20 percent of the awards are going to rural or low-income communities or tribes, which got preferential scoring under the rules of the law. That includes the city of Compton, outside of Los Angeles, and Jackson, Miss., which saw its aging water system nearly collapse a few months ago.

A total of twelve states will see their first-ever electric bus under the program, including Idaho, Louisiana and New Hampshire.

This first wave of funding dwarfs any other investment in electric school buses.

Most states have built their small electric-bus fleets around Volkswagen AG’s Dieselgate settlement. That money was the penalty the German automaker paid after it was caught in 2015 for cheating on emissions in its diesel cars.

That resulted in the funding of 636 electric buses, said Gander of WRI.

The awards announced Wednesday, which represent just the first year of EPA’s investment, will fund more than three times that many buses. But they may not come quickly, as most bus makers have long back-order lists, and building the charging infrastructure can take a year or two.

EPA intends to get its funds to school districts by April, said Karl Simon, the director of EPA’s transportation and climate division, in the call with reporters.

“It’s gonna take a little while for these buses to get ordered and on the road,” Gander said.

The EPA-funded buses will join about 2,500 that were already on order from school districts around the country.

Suppliers of electric buses are playing a prominent role in the EPA’s program and stand to lock in lots of business.

Many of the applications school districts sent to EPA were in fact submitted by companies that make electric buses. Those firms include Blue Bird Corp., based in Macon, Ga.; Navistar, an Illinois-based maker of trucks and buses; and Nuvve, a San Diego company that focuses on developing services for the electric grid from buses’ batteries during the many hours they are inactive at the bus depot.

One company especially poised to benefit is Lion Electric Co., a Canadian e-bus maker that submitted the proposals for 41 winning school districts. Lion is building a factory in Illinois that can produce 20,000 electric buses a year.

An electric bus currently can cost three or four times as much as a regular diesel bus.

However, advocates say that school districts will make up the upfront expense through lower fuel costs and lower maintenance costs, since electric vehicles have fewer parts to break.

The ranks of e-buses promises to swell in the coming years, as Wednesday’s announcement comprises only one-fifth of the money EPA has available for electric or low-carbon school buses.

The rest will be released over the next five years. It’s possible that some of the funds could be put toward “repowers”—swapping the fossil-fuel drivetrain of a bus to batteries—or projects that link the electric-bus fleet to the electric grid.

The 7 Best Luxury Hand Soaps to Try Besides Aesop 2022