Lego and Nintendo collaborate once again to give us the best character, Blue Shy Guy 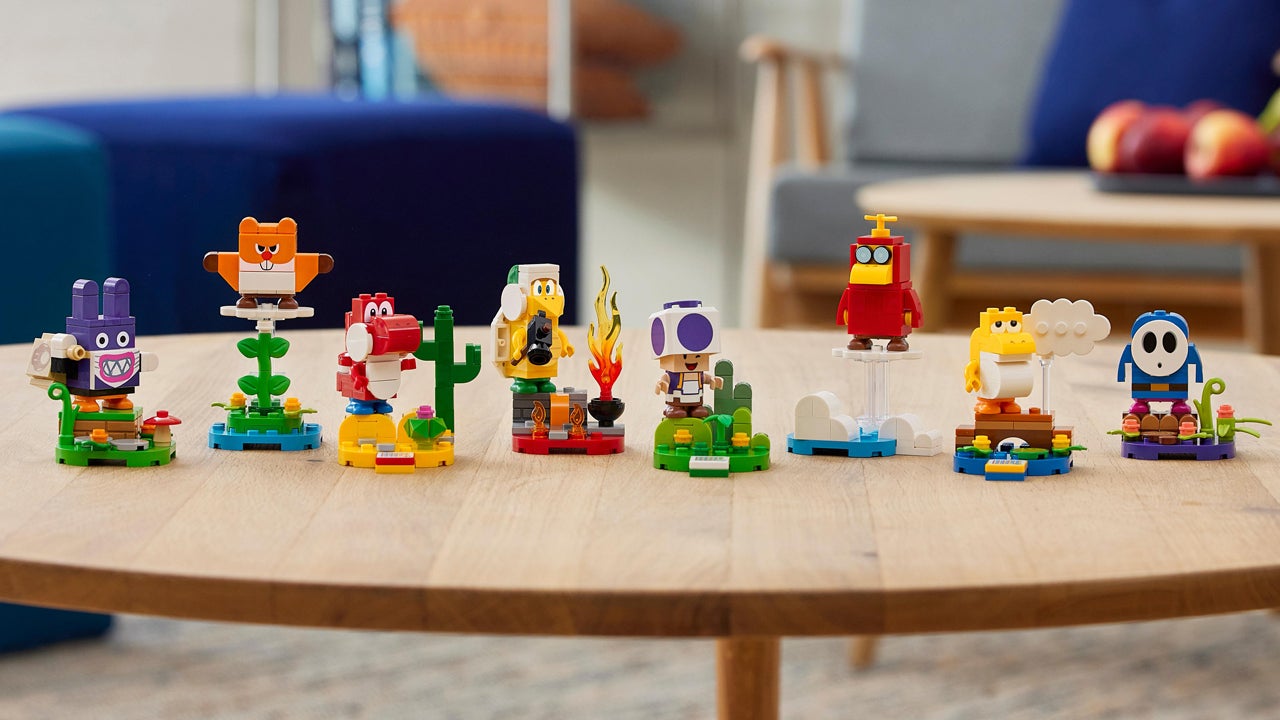 Brick lovers gather round, as at Lego Con 2022, the plastic building company and Nintendo announced a new line of Super Mario character packs.

Nintendo of America shared a first look at the new lineup of Lego versions of classic Mario characters. It’s a mystery box kind of situation, with eight different characters to collect and build, including Nabbit, Purple Toad, Hammer Bro, Waddlewing, Toady, Baby Yoshi, Red Yoshi, and most importantly of all, Blue Shy Guy.

“Unlimited possibilities LEGO Super Mario toy playsets bring Super Mario characters into the real world,” writes Lego in the product description. Each character is designed to be used with a Starter Course set, but obviously it being Lego you can just get them and do what you want with them.

The product page’s description does note that Lego Mario, Luigi, and Peach do all react to these new characters in different ways, though, so it sounds like they’ll change up play at least in some small fashion.

Currently, the new character pack is set to release August 1, so just over a month until you can attempt to acquire the perfection that is Blue Shy Guy.

It seems like Lego and Nintendo have no intention of stopping the brick building, bad guy stomping fun, though last year the two did seem to start the process of retiring certain sets.

Because Mario can’t do anything without Sonic in hot pursuit, there is also, of course, a set based on the spiny blue-blur. And it’s a damn good one too, letting you piece together your own custom Sonic courses if that’s how you like to spend your weekend.

These new Lego Mario characters also seem like they’d go down well as something that you share with your friends as you play Super Mario Odyssey through an impressive online multiplayer mod.