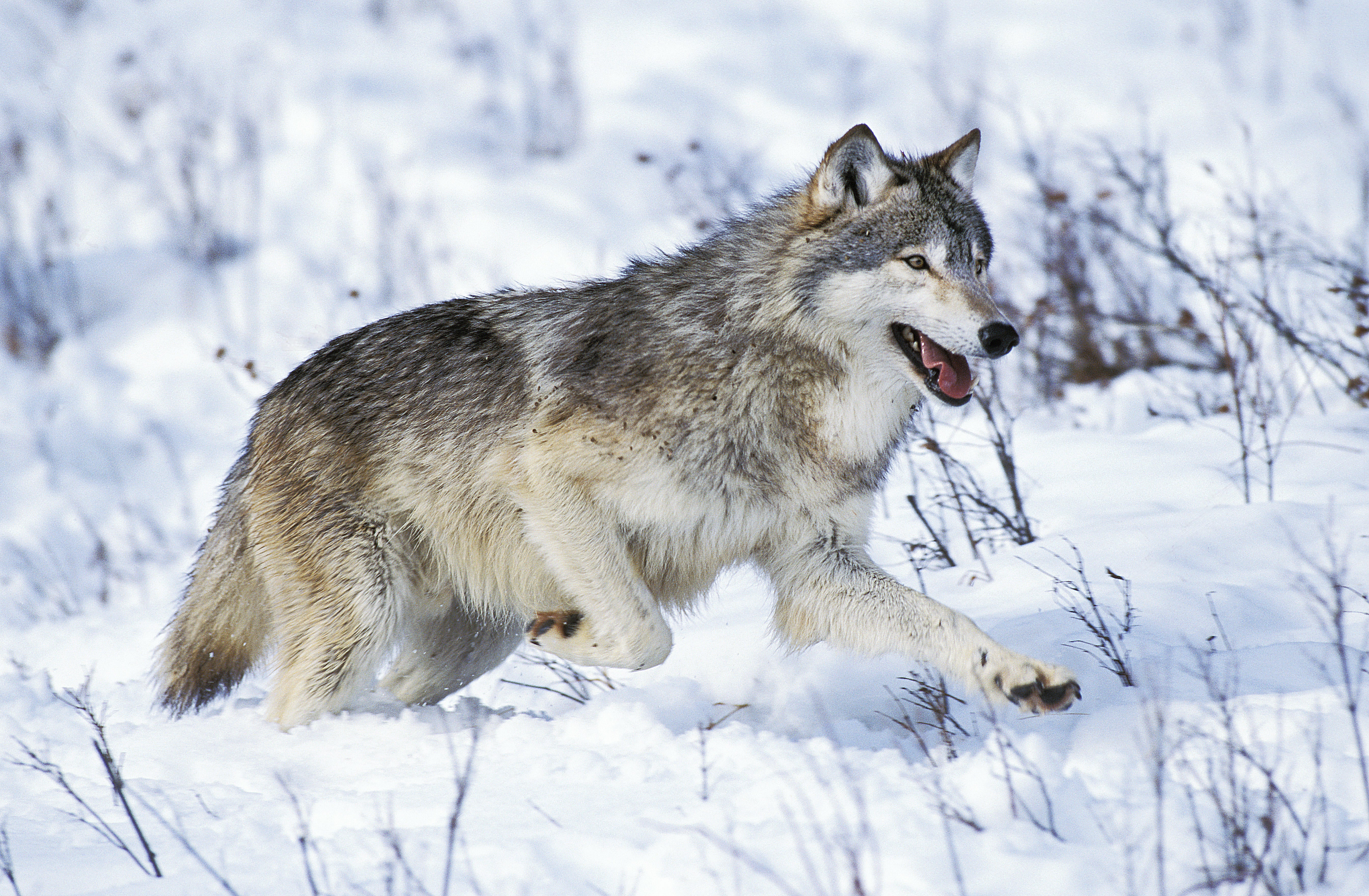 Wolves infected with a common parasite are more likely than uninfected animals to lead a pack, according to an analysis of more than 200 North American wolves. Infected animals are also more likely to leave their home packs and strike out on their own.

The parasite, Toxoplasma gondii, makes its hosts bold—a mechanism that increases its survival. To reproduce sexually, T. gondii must reach the body of a cat, usually when its host is eaten by one. That becomes much more likely if the parasite alters the host’s behaviour, making it foolhardy. Research results are mixed, but in rodents, infection generally correlates with decreased fear of cats and increased exploratory behaviour. Physical and behavioural changes have also been found in people: testosterone and dopamine production is increased and more risks are taken.

Warm-blooded mammals can catch the parasite by eating an infected animal or ingesting forms of T. gondii shed in the faeces of infected cats. After a period of acute infection, semi-dormant cysts form in muscle and brain tissue, and persist for the rest of the host’s life. Up to one-third of humans might be chronically infected.

T. gondii is known to infect wildlife, but few studies have examined its behavioural effects. In one work, infected hyenas in Kenya became more likely to be eaten by lions. Connor Meyer and Kira Cassidy, wildlife ecologists at the University of Montana in Missoula, thought of a rare opportunity to link infection with behaviour in wild wolves: data on grey wolves (Canis lupus) collected intensively in Yellowstone National Park, Wyoming, over nearly 27 years. Some wolves in Yellowstone live near, and sometimes steal prey from, cougars (Puma concolor), which are known to carry the parasite. Wolves could become infected by eating the cats—or their faeces.

The team looked at 256 blood samples from 229 wolves, which had been carefully watched throughout their lives, and had their life histories and social status recorded. Meyer and Cassidy found that infected wolves were 11 times more likely than uninfected ones to leave their birth family to start a new pack, and 46 times more likely to become pack leaders—often the only wolves in the pack that breed.

“We got that result and we just open-mouth stared at each other,” Meyer says. “This is way bigger than we thought it would be.” The work is published today in Communications Biology.

Dan Macnulty, a wolf biologist at Utah State University in Logan, says the study “provides compelling evidence of the profound influence that pathogens can have on the ecology and behaviour of wild animal populations”. He adds that it demonstrates the immense value of the long-term study of wolves and other wildlife in Yellowstone National Park.

In future, the team hopes to look at whether infection might make wolves more likely to reproduce successfully—and what the ripple effects of low or high infection rates might be across ecosystems. Wolf populations with high rates of T. gondii infection might expand more quickly across a landscape as individual wolves make the choice to disperse. Aggressive and risk-taking pack leaders could influence how entire packs act—possibly even increasing their chances of encountering cougars and exposing more members to infection.

For Meyer, the moral of the story is that parasites can be major players in ecosystems. “Parasites might have a much larger role than anyone generally gives them credit for,” he says.

Wolves are known for killing cougars, however, so even bold, risk-taking wolves infected with the parasite are not likely to end up as lunch for the cats, Meyer says. He speculates that in the past, infected wolves could have been more likely to be preyed on by American lions (Panthera atrox), massive feline predators weighing around 200 kilograms, which prowled North America until they went extinct over 11,000 years ago.

This article is reproduced with permission and was first published on November 24 2022.