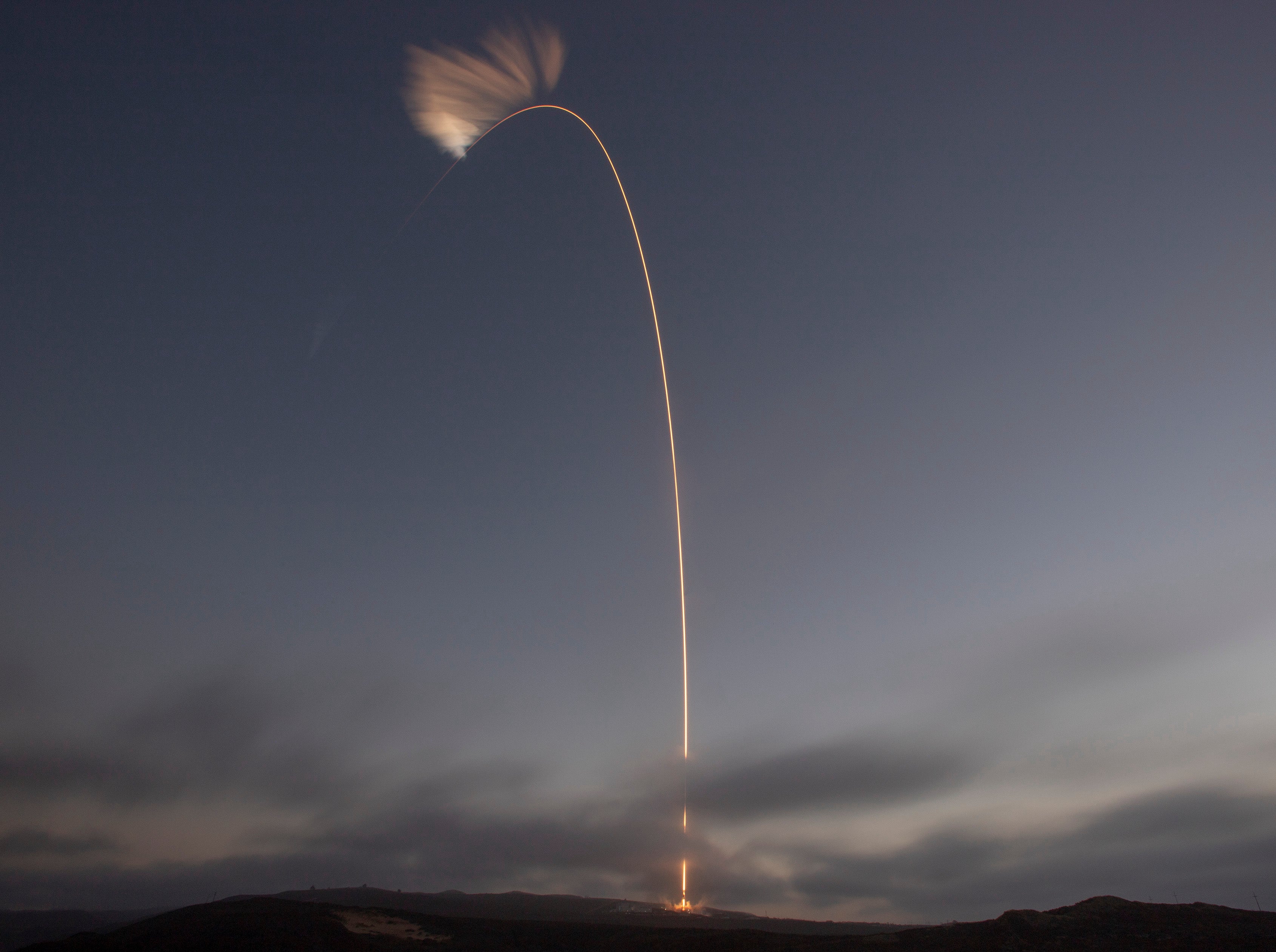 Do people have a right to an unobstructed view of the heavens? For most of human history, such a question would have been considered nonsensical—but with the recent rise of satellite mega constellations, it’s now being asked again and again. Mega constellations are vast groups of spacecraft, numbering in the thousands, that could spark a multitrillion-dollar orbital industry and transform global connectivity and commerce. But the rise of mega constellations also threatens to clutter the night sky, cripple the work of some astronomers and create space debris that harms people on Earth and in space alike.

In January 2020 Scientific American was the first to report on a paper arguing that such constellations may be effectively unlawful because of environmental legislation enacted more than a half-century ago by the U.S. Congress. Subsequently Congress commissioned a report from the U.S. Government Accountability Office (GAO) to weigh the evidence for such claims. Released earlier this month, the report suggests that regulatory action on mega constellations is increasingly likely—and shows the high-stakes international debate over satellites’ impacts on the night sky’s sanctity has only just begun. Although confined to the U.S., these decisions will have far-reaching ramifications around the world, setting not just precedent for other nations but dictating whether companies can operate in the U.S. if their satellites will harm the night sky.

“Our society needs space,” says Didier Queloz, an astronomer and Nobel laureate at the University of Cambridge. “I have no problem with space being used for commercial purposes. I just have a problem that it’s out of control. When we started to see this increase in satellites, I was shocked that there are no regulations. So I was extremely pleased to hear that there has been an awareness that it cannot continue like that.”

The mega constellation era began in May 2019, when Elon Musk’s firm SpaceX launched the first 60 satellites in its Starlink constellation. Starlink is a venture by the company to beam high-speed broadband Internet to all corners of the globe by building and maintaining a network of more than 12,000 communications satellites in low-Earth orbit. By the end of 2019, SpaceX had already launched 180 Starlink satellites. Today the constellation’s numbers have swelled to more than 3,000 and account for fully half of all active satellites in space. In September 2019 Ramon Ryan, then a law student at Vanderbilt University in Tennessee, noticed how astronomers and members of the public were alarmed about the rapidly rising numbers of these satellites, all of which can be very bright in the sky when illuminated by sunlight. While bright swarms of satellites passing overhead possess a beauty all of their own, for casual sky watchers, they can be a stargaze-spoiling nuisance. And for professional astronomers, they are on the cusp of becoming an essentially unmitigated disaster, regularly photobombing the delicate observations of facilities on the ground and even ones in low-Earth orbit, such as the Hubble Space Telescope. Radio communications from these satellites can also hamper sensitive radio astronomy instruments, which require extremely “quiet” skies in order to listen in on the distant universe.

Ryan’s resultant paper in the Vanderbilt Journal of Entertainment and Technology Law suggested that the regulatory approval of these satellites by the U.S. Federal Communications Commission (FCC) may breach environmental law as part of the U.S. National Environmental Policy Act (NEPA) enacted in 1970. Specifically, Ryan argued that the natural aesthetic of the night sky and the profession of astronomy may be protected under NEPA—but that the FCC has so far sidestepped NEPA’s oversight , thanks to a “categorical exclusion” the agency was granted in 1986 (when it simply wasn’t licensing that many satellites). Following coverage in Scientific American, a congressional staffer passed Ryan’s paper to Democratic Senator Tammy Duckworth of Illinois. Duckworth then worked with her Democratic Senate colleague Brian Schatz of Hawaii to formally request that the GAO, which audits federal agencies at Congress’s behest, determine if the FCC’s categorical exclusion was still valid. Furthermore, Duckworth and Schatz asked the GAO to weigh in on whether the FCC should be allowed to license so many satellites in mega constellations without NEPA review.

The results of this report were published on November 2. In the report, the GAO suggests that the FCC should revisit its categorical exclusion from NEPA and consider whether it should update its procedures in light of the rise of mega constellations. “We think they need to revisit [the categorical exclusion] because the situation is so different than it was in 1986,” says Andrew Von Ah, a director at the GAO and one of the report’s two lead authors. The White House Council on Environmental Quality (CEQ) recommends that agencies “revisit things like categorical exclusions once every seven years,” Von Ah says. But the FCC “hasn’t really done that since 1986.”

According to the report’s recommendations, the FCC should review whether mega constellations affect the environment, revisit its categorical exclusion from NEPA and codify what “extraordinary circumstances” would currently lead to NEPA review. The FCC has not “undertaken and documented a full examination of its categorical exclusion to ensure it is current and appropriate,” the report’s authors note. And while the FCC has stated it would carry out a NEPA review in the case of “extraordinary circumstances,” the report notes that the agency’s regulations “do not list additional factors to explain what may constitute an extraordinary circumstance.” What remains unclear is whether NEPA actually applies to the “environment” of outer space—low-Earth orbit, in particular. “This is the question,” Von Ah says. “We didn’t opine whether it does or does not. What we were focused on was the FCC’s process for making those determinations.”

Von Ah says the report took more than a year to complete and incorporates representative views of industry, astronomers and the FCC itself. “It was a slightly new topic for us,” he says. Karen Howard, also a director at the GAO and the other lead author, who also co-penned a companion technological assessment of mega constellations with Von Ah, says the report was “the first time we’ve done a technology assessment on satellite constellations and their potential environmental effects.” The findings showed there were concerns in a number of areas, not just the brightness of the satellites but also the collision risk they pose in space and the possible creation of space junk, the interference to radio astronomy caused by satellite radio transmissions and even the potential for satellites reentering the atmosphere to affect Earth’s climate or harm humans on the ground. “We expect a really dramatic increase in the number of satellites that has the potential to create a lot of challenges for optical astronomy and for other users of the night sky as well,” Howard says. “It could potentially make it impossible to do certain studies.”

The FCC declined Scientific American’s request for comment. In a written response to the GAO included in the latter’s report, however, it stated it had reviewed that report and was “committed to ensuring that its actions, including satellite licensing activities are in compliance with the requirements of [NEPA].” It noted that the White House’s CEQ was currently revising rules on NEPA regulations for federal agencies and had advised agencies to update their NEPA procedures by September 2023. “We anticipate that the FCC will conduct a review of its NEPA rules following the issuance of the revised CEQ rules, including a review of whether licensing large constellations of satellites normally does not have significant effects on the human environment,” the FCC said in its response to the GAO. “We expect that, as part of that assessment, the [FCC] will consider whether to establish a timeframe and process for periodic review of our existing categorical exclusion.”

The day after the GAO report’s release, the FCC also announced the creation of a new bureau for its space activities, which will help the agency handle the applications for 64,000 new satellites it is presently considering. “The new space age has turned everything we know about how to deliver critical space-based services on its head,” said FCC Chairwoman Jessica Rosenworcel  in a statement accompanying the announcement. “The organizational structures at the agency have not kept pace as the applications and proceedings before us have multiplied, and in some cases exponentially. And you can’t just keep doing things the old way and expect to lead in the new.”

Bethany Johns, deputy director of public policy and interim acting director at the American Astronomical Society (AAS) in Washington, D.C., says there are a number of bills currently making their way through Congress that seek to further regulate the impact of mega constellations on the sky. “This is one step in the long march to trying to find a policy that works for everyone,” she says. “It’s very complex.” It’s all the more so, she says, because of the switch in leadership of the U.S. House of Representatives from Democratic to Republican following the recent midterm elections. The hyperpartisan legislative gridlock likely to emerge from that shift “could make finalizing policies difficult,” Johns says.

For astronomy, the threat of mega constellations may be greatest for wide, deep surveys of the sky, such as those planned for the Vera C. Rubin Observatory (VRO), a $473-million ground-based telescope paired with the largest digital camera ever built that is set to switch on in Chile later this decade. The VRO’s Legacy Survey of Space and Time (LSST) is designed to probe dark matter and dark energy in the universe, among many other high-priority investigations for the field. If the number of satellites in the sky rises to 50,000, in line with modest mega constellation predictions from all nations, “something like 10 percent of [VRO] images will have a satellite trail in them,” says VRO chief scientist Tony Tyson of the University of California, Davis. While most science will still be possible (albeit considerably harder), light pollution from satellites may make certain investigations prohibitively difficult. Tracking fast-moving objects such as potentially hazardous near-Earth asteroids, for instance, is easily compromised by bogus alerts from gleaming satellites. “This is going to be a real showstopper for some science,” Tyson says. More recent satellite applications have caused alarm, too, such as BlueWalker 3, a recently launched (and extremely bright) satellite from the Texas firm AST SpaceMobile. Designed to beam cellular broadband to the ground, BlueWalker 3 is so bright because it has a deployable antenna nearly 700 square feet in size. Future satellites from AST, known as BlueBirds, could be twice as large and correspondingly even brighter. The FCC has yet to fully license these satellites, which, by some estimates, could outshine all other stars and satellites in the sky.

It could take months or even years for the FCC to ascertain whether its licensing of satellites warrants NEPA review, and even then it’s unlikely the agency would revisit prior applications such as Starlink. The FCC’s actions may be limited to simply conducting NEPA reviews for forthcoming constellations. Thousands of satellites are planned to launch in the coming years, however, not just from SpaceX but also from rival services such as Amazon’s Project Kuiper and the U.K.’s OneWeb constellation (which is licensed in the U.K. but requires market access from the FCC to operate in the U.S.). So time is of the essence. The battle for the night sky continues.

What storage size do you need for the iPhone 14 or iPhone 14 Pro?

VAR gave Japan the most controversial World Cup goal, and it knocked out Germany

VAR gave Japan the most controversial World Cup goal, and it knocked out Germany