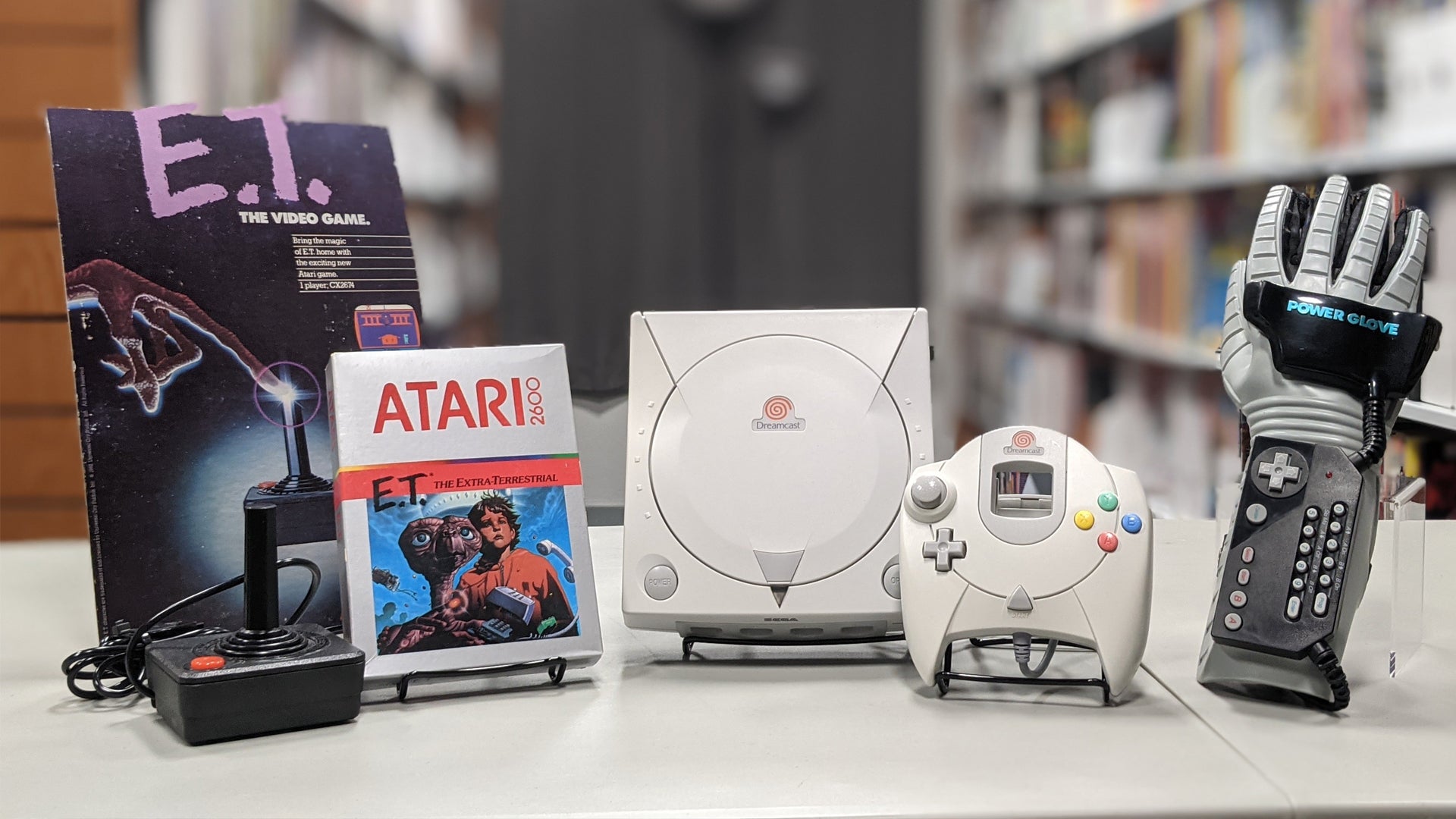 Google Stadia is officially dead, and now you can buy the official exhibit items that paired the platform with notorious failures such as the Dreamcast and Nintendo Power Glove.


For some reason, back at the Games Developer Conference in 2019, Google decided to put on a small exhibit that featured the E.T. game for Atari, the Sega Dreamcast, and the Nintendo Power Glove. The exhibit was meant to tease the Stadia, Google’s cloud-based platform, but the through line of these three icons of gaming is that they were all notable failures. And now, you can own these very items, with your money going towards The Video Game History Foundation!


As reported by Kotaku, VGHF founder Frank Cifaldi recently posted about these three items, as they were loaned to Google by the organisation. “Remember when Google Stadia had that GDC display where they sat it next to three of gaming history’s most famous failures?” wrote Cifaldi.


“Now you can recreate this display in your own home! I provided the originals for the display, and now I’m selling them for charity,” he added before linking to the eBay listing of the three items.


“Up for auction are the original items used for Google Stadia’s famous “Anything you dream can be built” grand reveal display at the 2019 Game Developers Conference!” reads the eBay description.


“Through a series of mishandlings, miscommunications, misunderstandings and other general mishaps, the grand unveiling of Google’s now-doomed gaming service was stationed next to…three of the most famous commercial failures in video game history. Now these failures can be YOUR failures!”


The bidding is currently sitting at $2025 at the time of writing, with about four days left on the clock, so if you’re itching for any of these classic pieces of video game history, you’ll want to get your bids in soon. Also no, it doesn’t come with a Stadia.


Google announced that Stadia would be shutting down January 2023 earlier this week, to the general surprise of no one, but to the quite unfortunate surprise of many developers who were not told of the planned closure prior to everyone else knowing. It’s also a potential sign that cloud gaming, in that particular format, just doesn’t work, and we should maybe let it go.

What is Eero Internet Backup and how’s it work in outages?